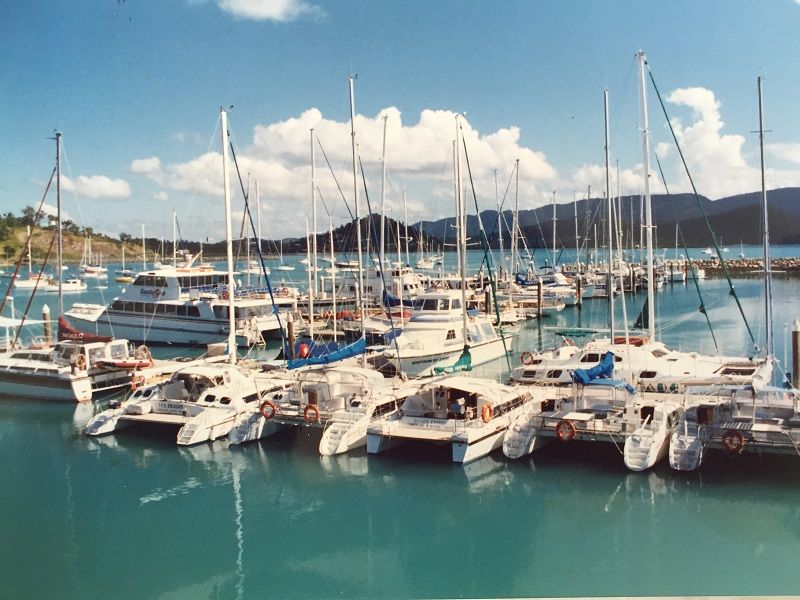 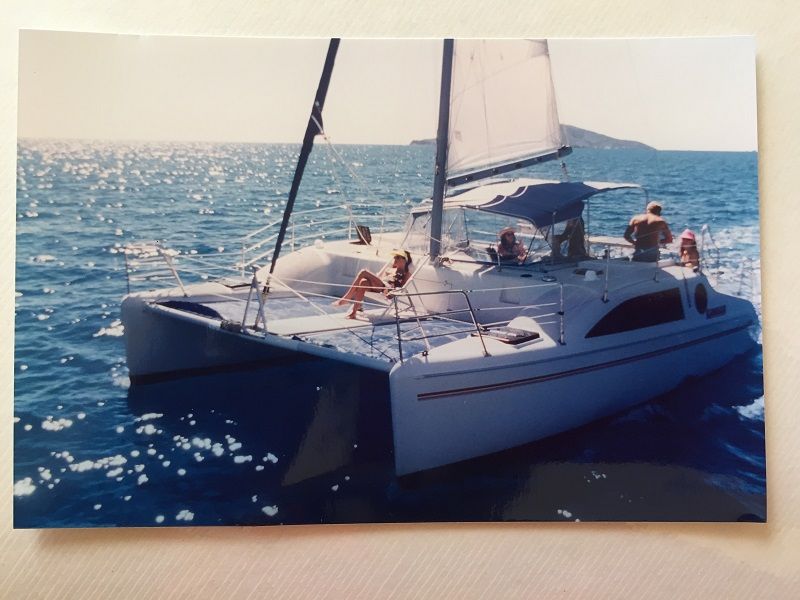 As I was clearing out a cupboard, I stumbled across an old photo album. When I opened it, there were photo's of CCY dating back to the 80's and copies of every brochure Cumberland Charter Yachts had designed over the years.

With excitement, I said to Terry Kemp, one of the 'forefathers' of CCY, "Kempy! Quick, Quick! Look what I found!" He took a quick trip down memory lane as we laughed at photo's and the 80's fashion and hideously designed brochures.

The company is enriched with so much history and it's wonderful to still have the original owners taking part in the day to day running of the business.

It was also clear that back then, as we still do to this day, enrich people's lives by giving them 'exceptional holiday experiences, leaving them with a lifetime of memories that exceed their expectations', evidenced by a poem written in 1996 by a charterer that had sailed with us a number of times about the inception of CCY.

I thought it was worth while digging it out and sharing it with you all.

The Ballard of Cumberland

Many years ago, back when Cooky was sailing around
He came upon the Cumberland Isles....and was amazed at what he found!
An untouched paradise with fish, coral and reefs galore
Let's get some boats....cast off - there's alot of water to explore!!

Back in '81 a plan was born, think of something grand
The staff...The service - Let's call it Cumberland!
Cruising the Whitsundays - it's a little piece of heaven
Five years on...Our lfeet - it's now up to eleven!!

A time to celebrate - Australia's Bicentennial year
As if by magic...Cumberland's catamarans first started to appear!!!
'Blue Famida', 'Red Famida' then the BIG ONE - 'Sea Dragon'
With 'Green Famida' we had 'em all....The competition was a laggin'!!

The the pilots' strike and the recession - who said we had to have it?
We tightened our belts....Dug in our heels..Let's not make this a habit!!
Life improved and Cumberland moved - WOW! - Abel Point Marina!
Free car parking...easy loading...AND the boats are so much cleana!!

Time moved on, the old boats left and their memories turned to dust
We waved goodbye to 'John Bootie', 'Panache' and 'Sudden Gust'
A new star appeared on the horizon - it looked like something nifty,
By golly...it's one of those great new Cats - A Seawind 850!!

Lots of new boats and we're just cruising - Cumberland's made their mark
We've introduced 'Tnjonie', 'Blue Dolphin', and even 'Noah's Ark'
Our Seawind 1000's - they're a performance sailing catamaran
''Baracuma', 'Sea Eagle', 'Xtasea' and last of all 'Rocket Man'!

'Sgt Pepper', Witch Bank', and 'Double Time' have now left the fleet,
So we welcomed 'Morning Mist', 'Knock Twice' and a marvelous 12 meter Elite!
We hope that you have enjoyed Cumberland's history in this spiel?